You are here:Home  - Solutions  - Sewage Treatment 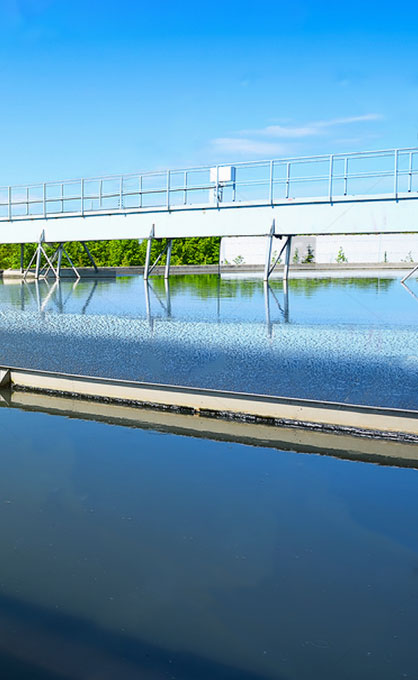 PIONEER may develop the specific technical scheme and implementation scheme of sewage treatment according to the treatment requirement of the users and the sewage ingredients to provide the users with the internationally-leading, scientific, reasonable, effective and low energy-consuming active sludge treatment technique and integrated solution of urban sewage and industrial waste water.

Application of VPSA-O2 in the sewage treatment：

(1) The aerobic active sludge method replaces the air aeration by the cheap oxygen aeration produced by the PSA method to largely improve the sewage treatment efficiency, reduce the pond area, and lower the construction and operation costs.

(2) Water works using the oxygen produced by the PSA method as the raw material of ozone may largely save the energy and lower the construction and operation costs.

PIONEER micro-bubble oxygen-rich aeration technique may provide the users with the efficient and cheap source of oxygen-rich gas, and conduct the oxygenization and mixing to reduce the power consumption of oxygen supply (oxygen generation and smelting). Main advantages of this technique in the practical application:

(1) The hose will not be blocked after the long-term operation or restarting after the shutdown of the oxygen-rich aeration device;

(2) It is especially suitable for the capacity expansion and transformation engineering of the existing sewage treatment device without increasing the aeration tank to upgrade the biological denitrification. This is a very valuable feature in the area with limited vacant land;

(3) The oxygen-rich aeration device is simple in the structure, safe and reliable in the operation, and is easy to handle. The maintenance expense of the whole system is low. Although its initial investment is a little higher than that in the liquid oxygen and pure oxygen aeration, its comprehensive economic benefit is very competitive due to its advantages of low operation expense, simple operation, instant startup, little maintenance work and obvious effect, especially in remote cities with limited supply of liquid oxygen;

(4) The technological system contains no dissipation of volatile organic compound (VOC) that it will not adversely influence the surrounding environment of the sewage treatment plant.